Like all nationalities, the Dutch have something with food. However, unlike quite a few other nationalities, for the Dutch ‘having something with food’ does not mean ‘having a sophisticated cuisine’. The Dutch approach to life – sober, functional, yet efficient – also holds for their eating habits. Though sliced bread is officially an American invention, the Dutch deserve a prize for so eagerly embracing this concept. Indeed, with their endless plain cheese or peanut butter sandwiches, the Dutch are often ridiculed as being prepared to eat anything. Having grown up in Belgium – the culinary buffer zone between France and The Netherlands – I definitely also sensed a gradient (a step function, actually) of culinary complexity when crossing the border. 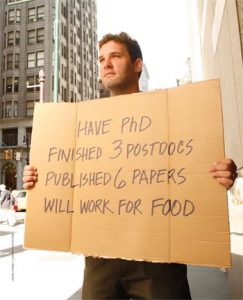 From those new to The Netherlands, I have heard personal accounts of going through various stages of surprise, to astonishment, disbelief, disgust, rebellion, and finally to acceptance by sticking with home cooking. While home cooking might be a good alternative meaning for ‘going Dutch’, it is only then that people realize that the supermarkets do not offer what could be bought abroad.

In many occasions I have seen to what great lengths people go for their favorite dishes or ingredients. For instance, I suspect my French flat-mate of having a Paris-based girlfriend for the sole purpose of being able to bring back his favorite cheeses, wines and charcuterie every other week… And I have heard stories of our very own Kavli PI’s driving all the way to France regularly for their favorite cuts of beef. For many, access to good food is essential to happiness, essential to feeling at home.

It is exactly this – the importance of good quality food at a reasonable price – that the TU Delft gravely underestimates. While you could argue that this is underestimated at university canteens worldwide, those in charge of designing the new building for the Bionanoscientists appear to have taken this underestimation ad absurdum. Indeed, the rumors are true: the current design for the new building has no planned food court whatsoever!

To my astonishment the ‘essentiality of having food’ has been replaced by the ‘essentiality of having vibration-free lab floors’. While every square centimeter of lab space has already been thought through and future experimentalists will be able to enjoy their coffees in total vibrationlessness (sic), I hear many that are worried about the prospect of having to live off a vending machine. Whomever I enquire with replies with resignation that there is indeed a serious issue, but changing the situation is not in their hands. In other words: the-new-and-foodless-building has become an unstoppable train.

Do people realize what this actually means? Scientists also need food! The closest canteen, at aerospace engineering, is already operating at full capacity. The sports center is a good walk away and does not have the capacity either. So on behalf of the majority of bio-scientists, I call to those mysterious forces in charge of designing the building: go back to the drawing board. I will bet you that the availability of good food has a larger impact on scientific output, attracting good people and overall satisfaction than any silent floor will ever give you.

Published in the 10th Kavli newsletter of June 2014.